Hello, how are you? I might not cross your mind one bit, but I have spent the last 24 hours not being able to get you out of my mind. First, I wanted to tell you where I was coming from. I was coming from a mosque à¢â‚¬“ the Muslim place of worship, to drop off some gift bags I made for kids that will be coming to the mosque on Friday, which is a Muslim holiday kind of like Christmas. It’s a day of celebration and gifts and laughter.

Before I saw you, I was thinking about what I was going to wear on Friday, whether am I too old to get gift bags, and where I would go with my friends afterwards. I crossed the street and saw you coming. But I knew I was going to make it to the other side in time. And I did. You were still far behind me when I crossed. You sped up. Why did you speed up? Were you planning on hitting me? You stopped your car and started yelling. I had my headphones on. I took them out, but I was pretty sure you were yelling about me jaywalking. Instead, all I heard was “Go back to your desert country, you stupid Muslim whore!” and many other things. But that is the line that is burned in my mind. You targeted me because I was wearing an abaya and a hijab. For a minute I froze. I just looked at your big angry red face and your stupid red hat. Then I began thinking about videotaping you but then what if you decided to get out of the car? What was I going to do then?

Then you took your hand out of the car to flick me off. For some reason I thought you were getting out. And I started walking as fast as possible, almost running, thinking: is this the day I become just another headline? Last year around the same time, a man of your kind stepped out of his car and brutally beat a 17-year-old Muslim girl for simply being Muslim. I kept thinking will that happen to me? This man could kill me and there is a chance he would get away with it. For the first time in my life, I was genuinely afraid for my life. I felt so attacked. I walked home as fast as I could. When I got home, I tried to process what had happened. I kept repeating to myself: his words come from ignorance and you shouldn’t let someone who is ignorant bother you. Because you sir, you are a very ignorant man. But it did bother me. It bothered me so much that it was all I could think about. I was finally able to sleep.

This morning, as I got off the metro on my way to work, there was a Washington DC souvenir shop and I saw the red hat again, the “Make America Great Again ” hat. And it brought me back to last night. From now on, this hat will bring out the fear in me. So now I ask you if your three-minute racist rant was worth the pain you caused me? I can’t even see a red hat without feeling the same crippling fear that I felt when I saw you. Was it worth the fact I no longer feel safe walking by myself even in a so-called safe area? That I have lost my sense of peace? I loved walking by myself alone with my thoughts and music. It was a way for me to meditate. Thank you for taking it away from me.

So, Mr. Red Hat Man, I might not be important to you, but I will never forget you.

The girl you traumatized

From Monday, April 11 to Friday, April 15, 2022, SisterMentors girls and young women virtually visited seven colleges and met with President Carmen Twillie Ambar of Oberlin College. During these exciting and informative visits, we heard from admissions, students of...

END_OF_DOCUMENT_TOKEN_TO_BE_REPLACED 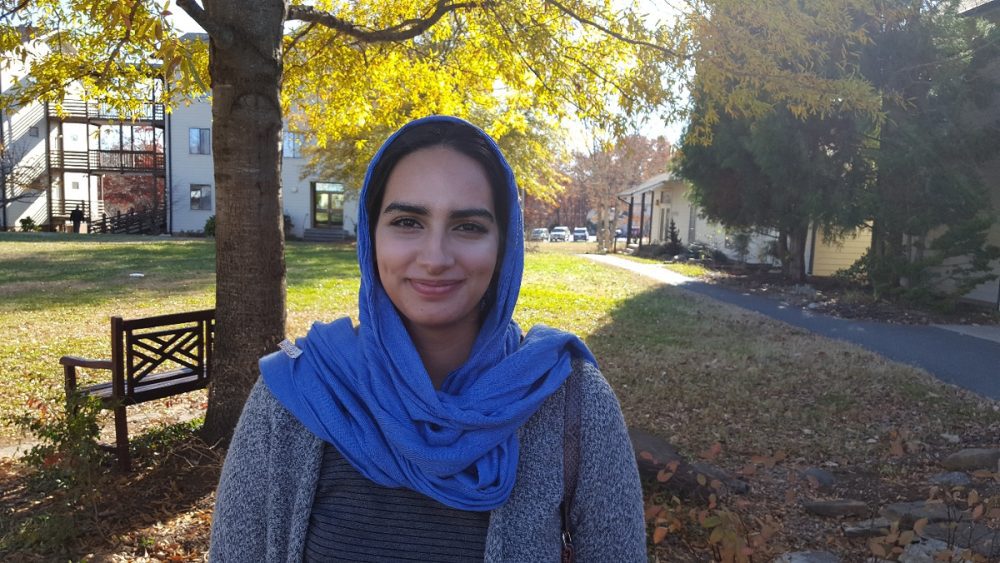 I still remember the day I discovered SisterMentors. I was 9 years old, and curiosity at that time played a significant role in my life. It was a beautiful spring day and I was spending it at my local library. I noticed a lot of commotion in the community room and...